Kanye West takes a record of Davido’s and flips it for Sunday Service.

Kanye Westhasn’t been on a typical tour since the release of Jesus Is King. Instead, he’s taken Sunday Service and the choir city to city as they deliver live renditions of records from Ye’s new album, old albums, and covers of some of the biggest records out now. He’s covered Mariah Carey, Nirvana, and even Travis Scott.

With the rise of afrobeats in North America, one artist who has truly made a mark in the past year is Davido. The Nigerian singer’s fresh off the release of A Good Time, his third studio album that included features from Chris Brown, Summer Walker, and A Boogie Wit Da Hoodie, among many others. During the latest Sunday Service, Kanye West and the Sunday Service Choir blessed fans with a rendition of “If” off of Davido’s latest album.

That wasn’t the only record he covered from an afrobeats artist. Kanye West and the Sunday Service choir also blessed fans with a rendition of WizKid’s verse on “Brown Skin Girl.”

207 people are talking about this 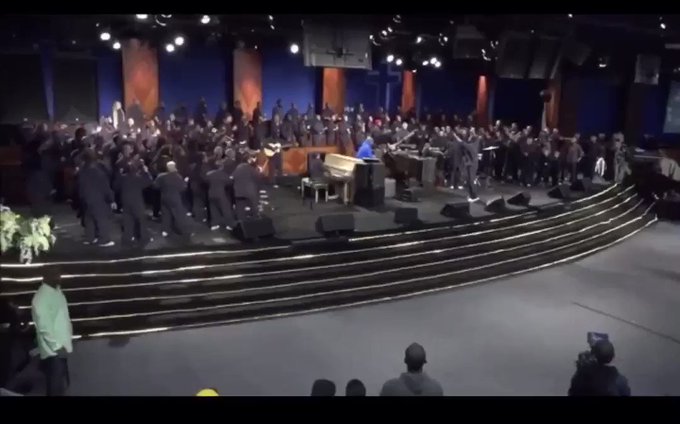 Around the World New global rules

By the same author

When the weather turns warm and the days grow longer, it’s time to start planning your next road trip.

When the weather turns warm and the days grow longer, it's time to start planning your next road trip.…

The industry came out with a luxury concept in 2018

The industry came out with a luxury concept in 2017 that features a storage drawer and built-in bottle-holder.…

Worrying doesn’t solve your problems, it is the problem. DO YOU worry too much? Do you find yourself…

The world's best airline for 2018 is Emirates, according to a survey of millions of airline passengers.…

What animals can you see on your African safari?

Are you going on safari for the first time? It can be really daunting to decide where to go unless you…

From the same category

Boeing Co said on Friday it is addressing a new software issue discove [...]

Toyota Motor Corp said on Friday it will move production of its mid-si [...]

Toyota Motor Corp said on Friday it had invested an additional $700 mi [...]

U.S. homebuilding surged to a 13-year high in December as activity inc [...]

China's Sinopec, expected to be the next major Chinese buyer of U [...]

U.S. will look at sudden acceleration ...

It was more than a year ago when St. Louis Federal Reserve bank Presid [...]

Bayer could be close to Roundup settle ...

Claimed to be the world’s largest jazz festival, Montreal Jazz Festival has brought some of the best jazz acts to...

National parks must be for people, plants, pumas – not Big Oil